Based on the stories of Amritlal Nagar, Bade-Miyan & Chhote-Miyan: Amrit Katha was a qissagoi performance, a dramatic retelling of the humorous tales at the Lucknow Literature Festival ’16. Bewajah added a little twist and some more drama in the art of qissagoi by adding music in the performance to sharpen the drama and support the comedy painted by the artists.

The story first story, Amritlal Nagar Bank Ltd, is a fictional narrative of Amritlal Nagar’s childhood when he decided to open a bank with his friends. The efforts of children to overcome their inferiority of age and trying to prove themselves as responsible adults takes the plot forward to some funny moments when the problems start to arise. The story contains loads of drama and connects with children on a very root level. It mentions, several times, about the children’s manner of dealing with their problems in an adult manner. The second story called Bhaagte Bhooton ki Kahani, deals with a fantasy tale of kings and ghosts, which flatter the imagination of the young listeners. There is immense drama and humour in this tale of ghosts and their activities. The story is full of everyday life references despite dealing with the genre of fantasy.

It’s no surprise that the kids from Kasturba Gandhi Balika Vidyalay thoroughly enjoyed the show. Their giggles and laughter filled the pauses and so did their cheer, which fueled the performers with more energy to go on. Although, the best part was the fun that the adults had, discovering the wit between the lines and following the narrative of their favourite stories in a new style. 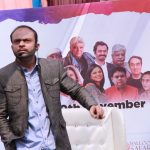 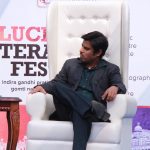 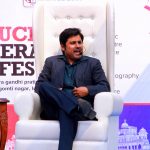 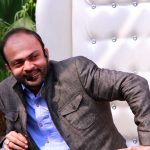