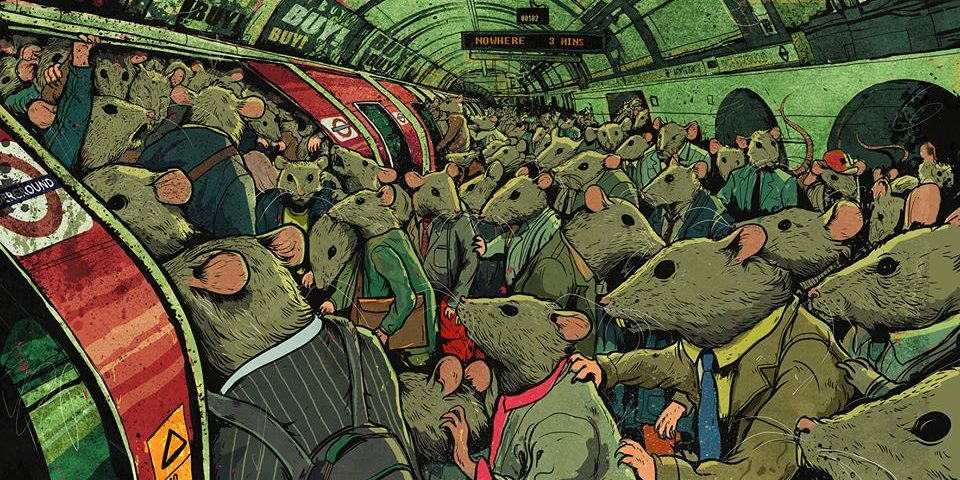 Rats are annoying creatures. Not your fluffy Ratatouille type. The grim brown pointed looking mammals that you see in the kitchen when you go down for a glass of water in the middle of night. When you start to see them around, they seem actually harmless, small, and nimble with big beady eyes and unnecessary body hair. But the cuteness and innocence is only a surface value. Once you notice them, you realise that the scenario gets worse sooner than you expect. They are running around the entire place, poking their heads into this, chewing up that, destroying random property for their own fun. It’s always puzzling why rats often destroy an entire book that was lying there, completely harmless and meant nothing to that weird little animal who turns out to be as dumb as they appear.

You can never trust a rat. Since old times, they are famous for abandoning you in the moment of calamity. They will feed on your resources, eating this, scraping that, but as soon as the panic sets in, they run around wildly, jumping, hiding, and struggling to fit in the smallest hole without even giving it a second thought. Rats are never loyal. They stick around until they can eat, find a shelter among your old ignored corners, abandoned clothes and dark isolated insides of the wardrobe. But don’t let them fool you, they live majestically. They grow on what you have. They grow in groups, moving in herds and breed . . . oh the way, they breed, to consume all that you have. Mindlessly running and fighting, struggling rushing around.

Rats take whatever they can, always more. Whatever they can’t, they destroy. They stay quiet for the entire day, going about their work and daily chores, but as soon as the night draws over and peace grow around them, they come out, in herds, collecting their payment and making themselves more secure as you sleep, completely unaware. Throwing their hairy figures all over the place. And then running back to their holes as time wears out. Going back to their holes, in the cosy comfort, waiting for the next day to go about their business and participate in the race.

Note: The idea to this random madness of a musing bloomed inside the chaotic skull of Tasveer Hasan.