How do you describe a play (and its stage performance) that affects you so deeply that when you go to bed on the night on which it was staged that you have a disturbed sleep throughout and the nightmarish backdrop to your sleep disappears only when you are fully awake the next morning? Though, I must admit, it doesn’t leave you alone even in your waking hours for the days that follow. Deeply disturbing? Nightmarish? Thoroughly upsetting? Piercingly painful? Profoundly sad? ‘30 Days in September’ is all of them.  All these emotions came alive on the evening of 9 September, 2018 at the mini theatre at Bewajah Café at Khargapur, Gomtinagar, Lucknow. This mini theatre is an experiment in an intimate kind of theatre, entirely different from the Proscenium theatre, to which most of us are used to as theatre-goers. Just a few minutes into the play, and the play starts spreading its tentacles and quickly takes you into its Octopus-like grip from which you are not released even when the players call it a day. The play has not stopped haunting me since then. Which is an understatement, honestly.

The story revolves around a mother and her young daughter both of whom became victims of incestual sex abuse in childhood by a man who was mother’s real brother and the daughter’s maternal uncle. The mother was first assaulted by her brother when she was just seven years old but she kept her secret close to her heart and entered marriage hoping to become a normal person. However, her frigidity led her husband to leave home. The man struck again. This time the prey was his sister’s seven year old school going daughter. A young man enters the daughter’s life and wants to marry her but the girl refuses, haunted as she is by the nightmarish experience of the presence of her uncle in her life and, more importantly, in her subconscious mind. She accuses her mother of not protecting her but doesn’t know that the mother was helpless.  The psychological conflict of the daughter is powerfully played out on the stage. The mother took shelter in her devotion to Lord Krishna and thus found a way to push her conflict to the background of her mind and/or suppressed it in her silence.

Full marks to actress Vaishali who so well played the part of the traumatized young daughter Mala and made you feel her pain in a palpable manner. Chanda who played the part of the victimized but helpless and guilt-ridden mother Shaanta deserves to be liberally applauded for dramatizing the pain that a helpless but concerned parent would feel on account of her daughter who has become a case.

The review will be incomplete and miserly if it does not mention the director Rohit Chaudhary, who so ably directed the play, and the Producer of the play Sukant. Sandeep Jhanewar as Uncle and as various other characters and Ankur Singh, the well-meaning and brave young man and lover of Mala, did justice to their respective parts. Kudos to the organizers of the Bewajah café team: to Divyanshu who is Event Coordinator and Design Head; to Jeevan who is responsible for Studio Theatre Festival Concept & Execution; to Masto, Founder and President, Bewajah. They all deserve a round of applause for bringing this powerful play to the audience of Lucknow. Art serves a higher objective when it is wedded to a lofty social purpose and is not just entertainment in all the negative connotations of the word.

I should like to close with the hope that the theatre buffs of Lucknow will get to watch more such meaningful plays courtesy Bewajah Café. Now that I know that the Bewajah Café has a Wajah for existing, my appetite has been whetted.

Dr Narendra Dani, happens to be an academic and a creative writer in English and suffers from the dubious passion of being mad about meaningful films and theatre. 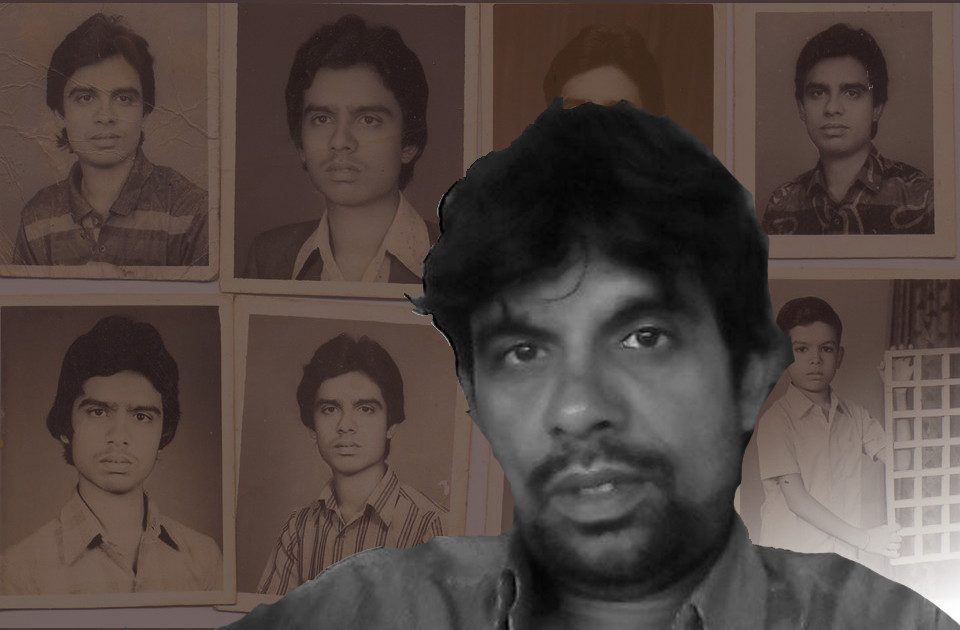