One of the best things that happened in the revival of the lost art of Dastangoi was the search for new stories.
Breaking the out of the realm of fantasy and magic , the new narratives began telling the stories of real people and their problems. The true human tragedies.
The Tale of Partition of India is one of those amazing gems that we have found in that process. UP Tourism had supported this event and Bewajah for our work in the various activities regarding Urdu language and the culture of Lucknow.

This Dastangoi was the first Bewajah Evening of the year 2016, where the old friends and audience of Bewajah witnessed a new version of Bewajah. We had a new team and new ideas, but the essence didn’t change.

The tale of partition was dedicated to the Pakistani writer Intizar Hussain who passed away a few days before the Dastan. The Dastan drew references and stories from many popular writers of

Urdu and Hindi who has given us their words and memories to remember the tragedies and grief of that time. Bewajah had organised an exhibition on the theme of partition, depicting books, pictures and quotes that described the chaos of those times. Though, the narrative didn’t only talk about the sorrows because many complications had arisen from the partition and some of them fell into the category of dark humour.

It was a journey full of goosebumps, tears, quick chuckles, and navel-gazing.

In that entire duration, we connected to the aggression, confusion, grief and even the joy of some people, who had witnessed one of the most drastic political decisions in the Indian history. 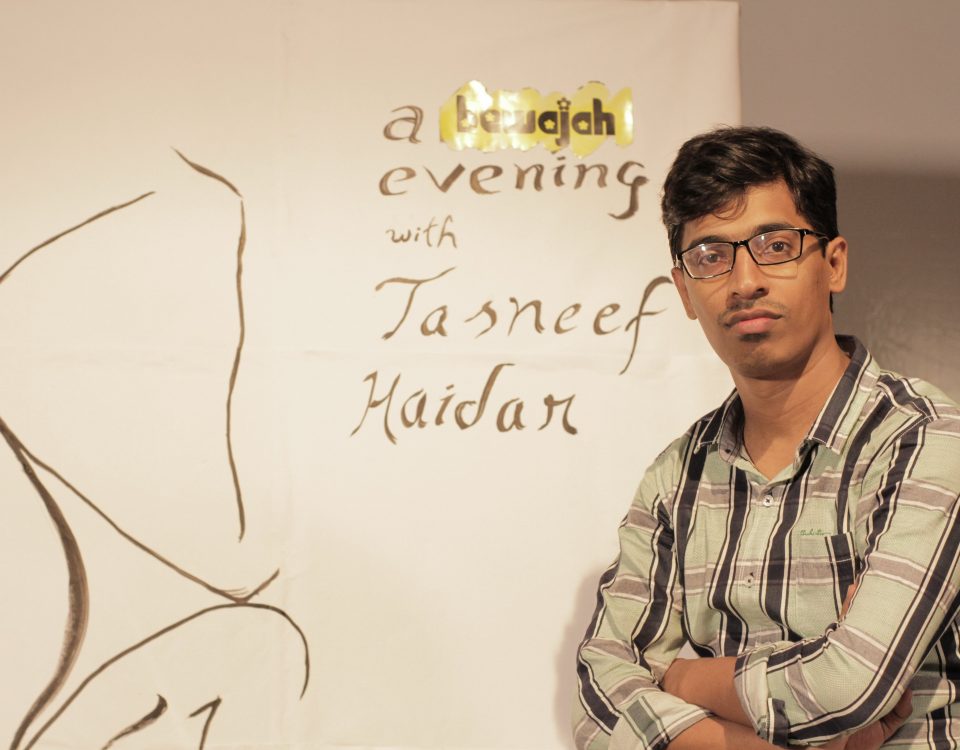