Bewajah morning was the first chapter into a series of events that took Lucknow into its grasp and started talking about art, literature and theatre on a very root level. It all started during the monsoon of 2013, with some friends like the famous trio: Masto, Pramesh and Himanshu gathering on a drowsy morning and calling out a few friends with them. Friends who were still trying to rub away the sleep in their eyes as they joined the other fellows at Residency. It was a mixed lot, but many of them were into poetry, theatre and observed art as a means of life and living. The team also managed to pull in a few theatre students, youngsters who had started to develop a taste for the stage and performing arts.

The first few sessions happened in the Residency and the group moved to National Botanical Research Institute  for one morning, where we attracted random strangers who were interested in whatever this bunch of silly-looking adults was doing. The mornings started with some small exercises to chase away the 5 AM sleep, followed by some theatre exercises of body and voice to give the people an idea that they are doing something new. Anshul Shukla conducted these sessions and rendered everyone breathless by the end of it, which is the important part – now people were too tired to do or say anything or even complain when some of the poets and literature enthusiast among the group started sharing their work. AbhishekShukla read his own work, his voice and words casting a mesmerising spell on the listeners as the nature and animals yawned in the still morning air. Himanshu Bajpai shared some of his favourite poetry, quoting the amazing words of many famous writers of Urdu and Hindi.

And it’s not needed to tell that it was a hit and continued for many months just on demand. Your favourite bunch of faces were still to be found on random Sunday mornings in a park somewhere around the town, where no one would disturb them. 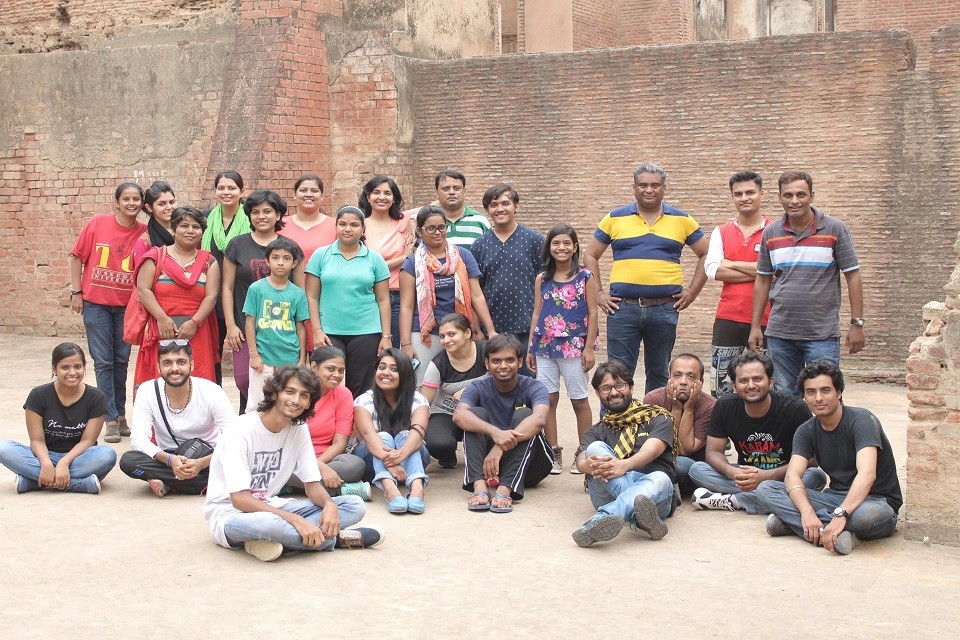